Committed to her announcement, Microsoft released the last public security update for Windows 7 earlier this month, which will end well more than a decade of Windows 7 support.Some users reported that the final  KB4534310 update was causing wallpaper issues in which the wallpaper will show up as black when set to stretch mode. windows support listed that one of the solution to this symptom is to set the user custom image to an option other than Stretch, such as Fill, Fit, Tile, or Center.

The timing of the bug was problematic to Microsoft as the update is the last public update for Windows 7, leaving the company with integrity dilemma as it announced that the fix for this issue will be available for organization who bought Windows 7 Extended Security Update (ESU) , but according the verge, ” he software giant changed its mind overnight and now says the fix will be available to everyone running Windows 7 and Windows Server 2008 R2 SP1 ” which means Microsoft will extend its Windows 7 support to fix this bug for the other users.

In the other hand, the Free Software Foundation which famously known for its strong opposition for Microsoft products ,and since Windows 7 release about a decade ago, FSF led a campaign to deter company’s IT decision makers form upgrading to Windows 7 , now the non-profit, Richard Stallman founded organisation which was behind the GNU project and General Public License (GPL) has made a petition in its homepage asking users to sign the petition to send Microsoft a strong message to release Windows 7 source code as it reach its end of support.

FSF says this release will be the perfect opportunity for Microsoft to “Undo past wrongs” and give it to the community to study and improve. FSF argument is that Microsoft has nothing to lose in making the release as it is reached its end. 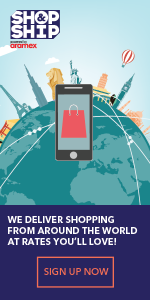